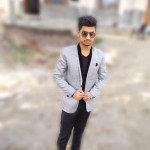 Samsung recently released many new smartphones Like Samsung Galaxy S10 with high-tech system software`s which give a good experience to the user while using a smartphone. In the present time, Samsung also released A new smartphone named Samsung Galaxy A70. In which they use much good software as compare to others. In this smartphone, The camera Quality is very good and also have good battery life. Another function of this smartphone given Below with its suitable Description.

Samsung Galaxy A70 contains octa-core ( Qualcomm Snapdragon 675 ) processor. This smartphone contains an operating system of Android v9.0 (Pie). The very known smartphone is having resolutions of 1080 pixel by 2440 pixels.

In Today’s generation, everyone is concerned with cameras in their smartphones. So, It represents Triple Primary Camera of 32-megapixel + 8-megapixel + 5-megapixel rear camera and 32 Megapixel front camera for the selfies. Its video resolution is [email protected], [email protected]/240fps.

These smartphones are having good battery life also. As in, Samsung Galaxy A70 has non-removable 4500 mAh of battery.